Wikipedia for Marketing, Should Your Business Use It?

This post is part of our series on Wikipedia for Marketing 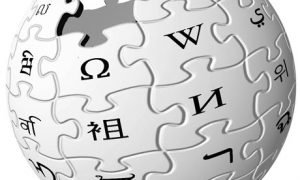 How can I use Wikipedia to market my small business?

A common question in Wikipedia webinars and workshops with an unpopular answer.

The answer is, you don’t.

It’s my only consolation in a tough conversation on Wikipedia’s definition of “worthy of notice” that I can point to Wikipedia’s notability guidelines like a guilty child “he said it.”

So it seemed only sensible to start off my first post for Social Fresh on Wikipedia for marketing by talking about who should be doing Wikipedia work, who should read on and who should look elsewhere to achieve their goals.

Wikipedia is – by a huge margin – the most under-serviced social media channel, but at the same time it’s not for everyone.

Will you get value from Wikipedia?

Lets start out with if you can get what you’re looking for from Wikipedia. Most any organization with a solid PR function can get value from Wikipedia, but there are many corporations that simply have nothing to gain.

Sometimes it may seem like Wikipedia favors larger companies, but it actually favors better known companies. This becomes really explicit as we get into Wikipedia’s requirements.

Will Wikipedia get value from you?

If I haven’t scared you off yet, then there is value for you on Wikipedia. Now to see if Wikipedia feels there’s value for them.

If there’s already an article on your company, but it’s not very good, please go straight to Go; collect $200. Improve that Wiki.

If no Wiki exists, then you have to determine if Wikipedia will feel the company deserves one based on Wikipedia’s notability requirements. These ascertain whether a topic is “worthy of notice” enough to have a Wiki on it.

Notability is complex and there’s many factors that influence how detailed a Wiki should be or if a company should  have a more complex Wikipedia program. In a nutshell it’s based on authoritative, third-party sources of information on the company.

If The New York Times covered it, the topic is more likely to be considered notable.

If I haven’t scared you off yet, then keep reading. In some upcoming articles, we’ll cover steps for writing a Wiki, how to address negativity or conflict and other topics.

Is your business actively using Wikipedia for marketing?

← 8 Simple Social Media Lessons From Pro Sports Where Did All The Google Places Reviews Go? →