5 ways to explain to your boss why Wikipedia matters

We’ve made a science out of the most viral tweet, the optimal Facebook post, most compelling blog and optimized landing page, but haven’t invested in ethical Wikipedia engagement.

We’re advanced users of Twitter, which has existed for six years, but haven’t figured out Wikipedia, a website almost twice as old.

I previously wrote a post “Why Wikipedia is more important than Twitter,” based on the premise that we have over-prioritized shiny objects, while ignoring a website with a larger installed readership.

When marketing leaders establish priorities based on data, instead of buzz, they often find that Wikipedia is more important than they think.

But investing in doing Wikipedia properly means convincing your boss it’s important. So here’s five reasons Wikipedia is more important than… other stuff. 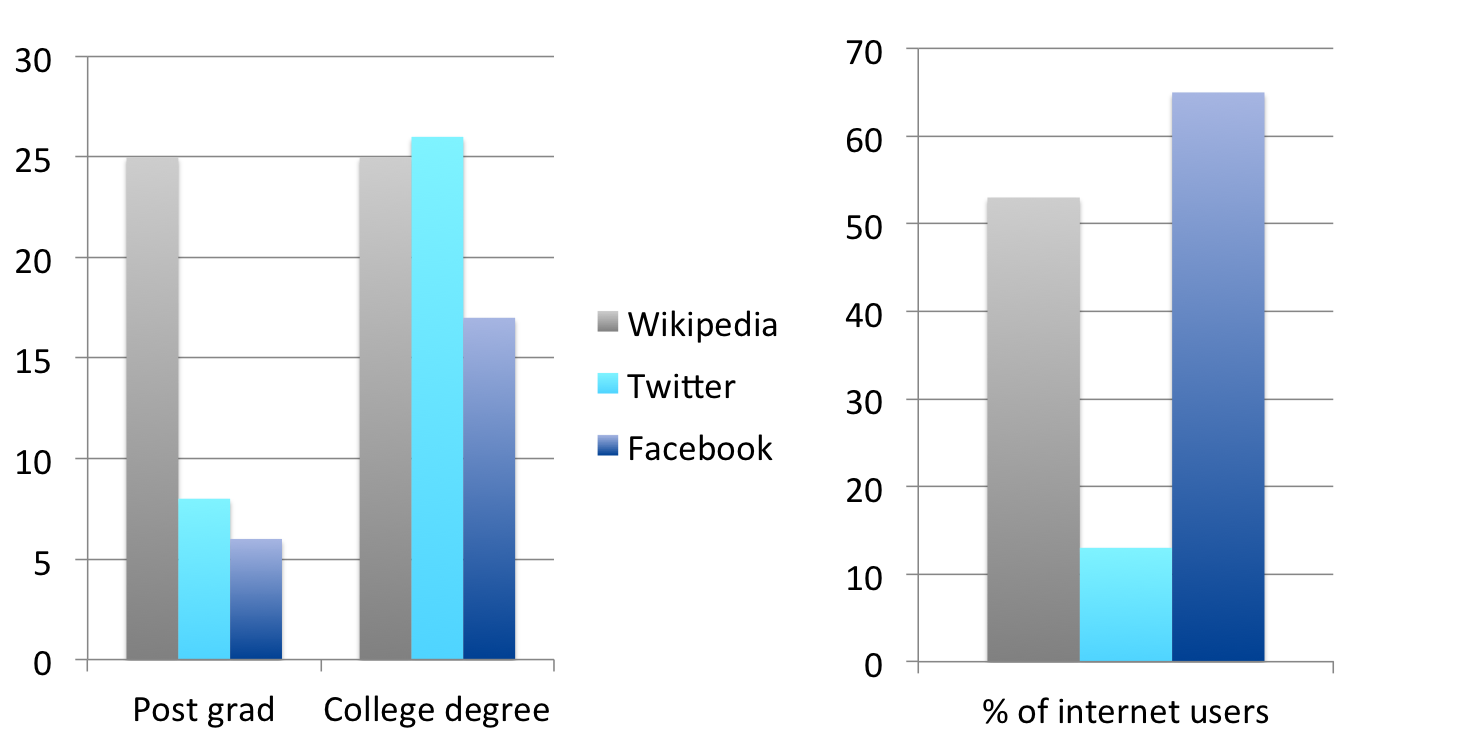 Public relations raises awareness for companies and products, but afterwards media, customers, potential employees, partners and others need a neutral and independent source for the research phase of the lifecycle.

Wikipedia isn’t at the “awareness” phase, but is at the interest or research of a partnership. Readers come with purpose and they’re looking for information on your company, brand, heritage, reputation, leadership, products and culture. Why wouldn’t we want to help Wikipedia inform readers about us? 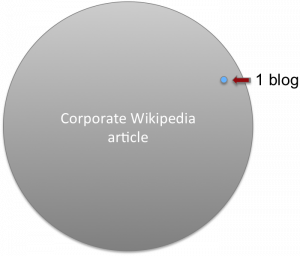 EthicalWiki looked at the blog, Twitter and Wikipedia “traffic” of a Fortune 500 technology company.

To get the same traffic as their Wikipedia article, this example company would have to write three blogs a day for a year.

If each tweet was read by one percent of their followers, it would take about 1,000 tweets to reach the same number of eye-balls.

Try the experiment yourself by looking at the average readership of your blog and the views of corresponding Wikipedia articles.

4. Investing for the long-term

The average Facebook post or tweet has a lifespan of less than 24 hours. Increasingly organizations are investing in shorter and shorter-term ROI, but I measure the ROI of a Wikipedia project over three years and expect my efforts to remain for the foreseeable future.

The money invested in tweeting is gone in a flash, but a Wikipedia article could outlast the very popularity of Facebook or Twitter. Companies that want to invest in a durable product will find Wikipedia a compelling opportunity.

Wikipedia is a place for serious, encyclopedic information to inform readers on a subject. Technical companies, B2B companies and those with serious products have a hard time finding visuals for pintinterest or showing personality for Twitter.