A Social Media Race To The White House 2012 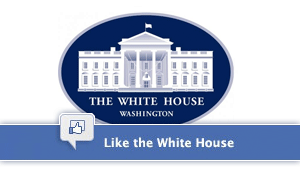 The race for the White House in 2012 is going to be one that lives and breathes on social media and technology.

President Barack Obama’s run in 2007 saw so much success with his investments in social media, that his campaign literally changed politics and redefined the presidential campaign.

Since 2008, Republicans have driven much of the energy and innovation in social media. Republicans used platforms like Facebook and Twitter well leading up to the 2010 congressional elections, gaining more followers and interacting more than their democratic counterparts.

In fact, today, over 60% of congress has Twitter accounts. Four years ago, when President Obama won the race, he had 118,000 Twitter followers. McCain had 5,000 and was quoted often as not using email. McCain’s slow adoption of social media may not have decided the race, but it certainly aided Obama’s strong organization of supporters.

Today’s field of presidential candidates sets Obama’s massive political and social media presence against a fragmented republican stable of newcomers and 2008 veterans. Below is a table outlining a few of the social media metrics for the leading candidates according to recent polls.

*Social Score is an aggregate of how each candidate’s social media presence compares to the average of the other candidates. Obama’s 2008 numbers included for relevance.

Let’s take a closer look at some of the highlights from these candidates.

Palin has thrived on social networking sites Facebook and Twitter since the 2008 race. The growth of her social presence has accelerated more than any other politician outside of the president himself, which would be an unfair comparison considering the office he holds. Many question whether she will run. If she does not, whoever she decides to support on the Republican ticket, will have a large social media ally on their side.

Paul still has a strong community that is active online. His ability to organize republicans to support his cause should not be underestimated and will likely be a disruptive force throughout the primary.

Romney looks to be the most organized and together, despite not announcing his official candidacy yet. He is celebrating Facebook milestones. He is integrating Twitter, YouTube, SMS, and Facebook well. And in general you get a sense that he is receiving sound guidance when it comes to his social media activities.

Pawlenty has a small yet highly organized social media presence. He is the only candidate that has a true social network outside or President Obama. Although Ron Paul does have an active forum on his website.

Not only is Pawlenty organized, well branded, and locking his supporters into a social network as Obama did in his 2008 run to spur grass-roots support. But he has game mechanics built-in to his website and his social network, Pawlenty Action. Users get points for connecting to their Facebook and Twitter accounts, donating money, volunteering, recruiting others, and more.

Beyond the above numbers, a quick walk through the Obama election website, a look at recent emails to his 13 million+ subscribed supporters, or his new iPhone app shows you that the Obama campaign is still out in front when it comes to social media. We really will not know if the Republicans are up for the challenge until their political machines are farther into the race and field begins to narrow a bit.

Obama seems to be the only candidate with an iPhone app when I searched Apple’s App Store and Google.com. This should be a clear sign of which candidates are truly savvy with the digital arms of their marketing moving forward. Pay attention to which candidates launch apps and which ones innovate in mobile. With close to 50% of Americans now attached at the hip to their smart phones, connecting to supporting through their cell phones will be a big differentiator in the 2012 campaign.