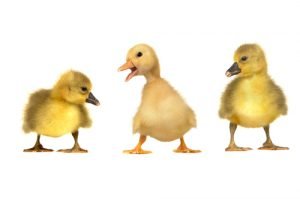 Twitter is continuing to grow and increase its impact beyond Justin Bieber fans and social media marketers.

We have known for a while now the the impact of Twitter reaches far beyond the social network itself. Last year Edison research reported that Twitter and Facebook had near equal awareness among US adults, despite a huge gap in usage within that same population.

We see tweets on CNN, on American Idol, in magazines, in newspapers, in movies, on Letterman, and even over the radio. Tom Webster of Edison blogged a preview of this year’s Edison numbers recently. He revealed just now many of us are impacted by Twitter messages every day, whether we use the service or not.

Turns out, more than four in ten US adults hear or read about twitter every day.

Those numbers are, technically speaking, huge.

While one in ten US adults are actively using Twitter (a pretty significant number on its own) a much larger audience is aware of Twitter and impacted by its influence daily through media and entertainment.

This type of reach cannot be ignored by brands that are looking to get their message out. And every brand that is looking to spread a message should look seriously at using Twitter for business.

Of course that same reach and potential viral spread of brand messages applies to a social media crisis too, and the need to have a Twitter presence to help combat negative brand messages out there in the wild.