Wow, I had no clue SOPA was such a bad idea… 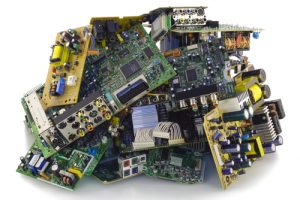 Working in the digital world, it’s hard to miss seeing the SOPA drama. Tweets, blog posts, news articles, petitions… It’s everywhere. But the articles about SOPA are pretty jargon-heavy, even for geeks.

And for those outside of the digital/technology industry? I’ve spoken to several people who haven’t heard of SOPA and countless others who have heard of the acronym, but aren’t sure what it stands for or why they’ve heard it.

If SOPA is passed, it will drastically change how the internet exists. It will affect each and every one of us, regardless of the industry we’re in, but the world of social media will especially be affected.

SOPA is the Stop Online Piracy Act. Essentially, it is a bill that was created to protect American intellectual property. When someone in America tries to re-distribute intellectual property that isn’t theirs, they are often prosecuted. But what about those people who live outside America’s jurisdiction who are sharing copyrighted material that belongs to an American? Even if they are charged in a US court, our laws don’t apply to them.

Why is SOPA A Bad Idea?

While the intentions of the bill were good (to protect American intellectual property), the vague language of SOPA will empower corporations to censor the internet. Which is not good. If the bills were passed, the attorney general could create a list of sites that were essentially blacklisted by search engines, service providers, payment providers, etc – without a court hearing or trial. (Um hello, first amendment violation, anyone?!)

Here’s where it gets messy. Because the bill has been designed much like China’s system (though again, without the same intentions), companies would be responsible for users’ actions. Well-put from an NY Times article:

“The burden would be on the website operator to prove that the site was NOT being used for copyright infringement. The effect on user-generated sites like YouTube would be chilling.”

Currently, sites are protected by the Digital Millennium Copyright Act, which means that they are protected from prosecution as long as they take down the content that has infringed someone else’s copyright as soon as they find out. For example, let’s say you upload a video to YouTube of a Family Guy episode you recorded. The copyright does not belong to you, but instead to Fox. If Fox sees that you posted the show to YouTube, they can ask YouTube to take it down.  As long as YouTube quickly complies, there are no problems.

However, if SOPA came into effect, the onus would be on YouTube to check every single video – to vet each and every one – to make sure that there aren’t any copyrighted materials being shared. As of February this year, YouTube said 48 hours of video are uploaded every minute, resulting in nearly 8 years of content uploaded every day. Just think about how many people would be needed to monitor content submitted. Even if they began charging users, the cost of the changes they would need to make would likely be unbearable. Even Google would be liable for copyright infringement!

Pair that with the idea of free speech and we’re looking at even more trouble. Studies on global internet censorship show that when the liability/onus is on companies, the employees that are tasked with monitoring are found to play it safe. They tend to over-censor so that they don’t have to worry about getting in trouble.

“Some critics have charged that such language could blacklist the next YouTube, Wikipedia, or WikiLeaks. Especially in the case of WikiLeaks, which has posted internal documents not only from governments but also copyrighted documents from U.S. companies and has threatened to post more, it’s hard to see how it would not qualify for blacklisting,” writes CNET.

Finally, SOPA would create conflicts with DNS servers. If you don’t know what a DNS server is, watch the video below – It’s quick, pretty and painless (and tells you exactly what you need to know and no more.) These conflicts would make all of us more vulnerable to hackers, identity theft and cyber attacks.

If you’re thinking “Wow, I had no clue SOPA was such a bad idea… I don’t want our internet to be like China’s,” you should sign this petition and consider calling your local representatives. It  may sound daunting, but read Reddit’s “Idiot’s guide on how to contact your congress person or senator by phone” and it will give you the power! Gizmodo even put together a list of all the companies supporting SOPA and how to contact them.

If you want to read more on SOPA and the mess it could cause, here are 5 of the best resources: