Are Social Ads A Game Changer? 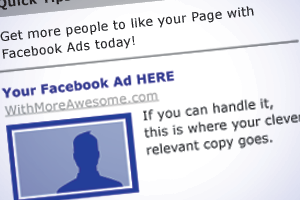 Real estate agent Jim Olenbush awoke one morning in 2010, opened his local newspaper, the Austin Statesman, and read a story about the drug violence in Mexico. The story indicated that affluent Mexican families were migrating to the U.S. in record numbers to flee the uncertainty of safety thanks to the drug cartels.

As if struck by some bolt of lightning, Olenbush ran to Facebook.

No, he didn’t get a sudden urge to play Mafia Wars.

He spent $400 on a three-month run for that advertisement campaign on Facebook. One of the many houses he sold, all attributed to the ad campaign, sold for $1.1 million. I’m not sure what you know about the commission a real estate agent receives on a $1.1 million home sale, but can we assume it’s far more than the $400 Olenbush spent on the ads?

A survey of brands conducted by Pivot Conference in May of 2011 revealed 85 percent of brands are either currently using social advertising (specialized ads through platforms like Facebook, Twitter, LinkedIn, YouTube and others) or planned to by May of 2012. Some 60 percent of them think social advertising will be very valuable to their company over the next two years.

And, quite surprisingly considering the general consumer assumption is that few people actually look at or engage with advertisements, even on social media sites, only one percent of companies surveyed were not satisfied with the social advertising they’ve done to date.

“We’ve been very pleased with the results we’ve been getting for our clients,” said Susan Gosselin of Vest Advertising. “It works for just about everyone, but it is an especially good strategy for clients who are small businesses and don’t have much to spend. It also is great for clients who have a localized audience, or an audience that is in a very defined niche.”

Jason Reynolds with CSN Media concurred, saying, “Our clients are thrilled, primarily because we only recommend Facebook advertising when the client’s customer personas overlay perfectly with not only geographic data, but also a defined interest.” He said for clients that care most about customer acquisition, social advertising is becoming more and more a part of CSN Media’s marketing mix.

But What Is Missing?

While social advertising does offer targeting that other ad mechanisms do not — I can take out an ad on Facebook and have it delivered only to people who work at a certain company, like Green Day or list Catholicism as their religion — it still doesn’t offer the one pile driver search advertising does: buyer intent.

Matt Thompson says his firm, /Bright Red TBWA, sees the effectiveness for social advertisements in a very specific light. He told me he compares social ads to paid search and, while he recognizes searchers are much lower down the marketing funnel than social connections — they’re searching for a solution (i.e. ready to buy) — the cost of social traffic comes out cheaper.

Thus, he says, using social ads is smarter for driving likes and expanding awareness whereas paid search is a more effective tactic for the lower-in-the-funnel conversions (sales).

“We see great traffic and direct revenue for all clients on (Facebook),” he said. “I am 100 percent confident our team’s community engagement strategy and blocking/tackling that helps people stay engaged is a key part, too. I tend to tell clients that it does not good to invite people over to your house if your house is a mess.”

How Are Ads Being Used?

But then there’s the question of why the ads are used. The most effective campaigns are targeted at existing fans of a company where, according to TBG’s Global Facebook Advertising Report: Q2 2011, increases in sales, registrations and event responses on had 350-600 percent better rates than campaigns that targeted non-fans.

Those focused on non-fans that are effective seem to be geared toward driving users to Like a Facebook page or Follow a LinkedIn Company page, keeping the user on the social network in question, but failing to deliver on more important marketing metrics like conversions or sales. While ads for sales or conversions have been known to deliver great value (just ask Olenbush), there is still a consumer stigma about advertisements that keep click through rates down.

Twitter sponsored Tweets and trending topic ads are inserted in people streams or searches, much like on-page display advertisements on blogs or news sites. Advertisements on videos on sites like YouTube are often pre-roll ads you are forced to watch before seeing the video in question or hover over ads that block your view.

Are these social ads or just ads?

Will consumers respond to them or ignore/minimize them? No studies exist that really show that result just yet. But those using them, like them. Is it because they work, or just because they work better than the online alternatives — miserable click-thrus on display ads/banners or months of hard work building content and trust before conversions and sales start to happen using social media marketing?

Yes there are case studies like Olenbush’s out there. But for every one there are thousands of failures. Will social advertisements continue to shift advertising spends? For the foreseeable future it appears so.

Gosselin summed it up well.

“For just a few hundred dollars a month you can reach your audience directly with a specific call-to-action and built-in conversion points. As a tactic, it’s pretty tough to beat that.”

Jason Falls brings his signature event, Explore, to Dallas-Fort Worth on Feb. 17 and four other cities throughout the year. Learn more at SocialMediaExplorer.com and find Jason on Twitter — @JasonFalls.
← Get Ready For the Live, 4 Hour Coca-Cola Super Bowl Commercial New Data: Pinterest Referring More Traffic Than LinkedIn, Reddit, Google+ →