The Founding Of A Social Agency: Mullen 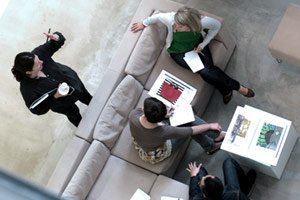 Over the last three years Mullen has emerged as one of the few advertising agencies to aggressively embrace social media.

While many “traditional” ad agencies eschewed the whole concept of social as recently as three years ago (they finally woke up and started to get on board after the success Old Spice’s Twitter/YouTube smash hit), Mullen jumped in rather early for an ad agency.

A few things happened to make this possible.

One was the simple fact that we had a large and thriving embedded public relations group, comprised of strategists, media relations professionals and content creators.

Secondly, some of us (myself included) became enamored with…

Read the full article at InvestInSocial.com, our social media directory.