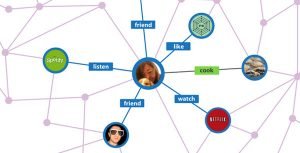 Facebook announced this week that they are now approving their open graph actions. There are currently 78 actions listed by Facebook.

Just as you can see in the ticker when someone Likes a page or Reads an article or Listens to a song, new actions will start to get approved this month and move more content from your friends from across the web, into the Facebook Timeline.

Spotify has seen big rewards from the widespread use of their app on Facebook. One of the big benefits of open graph actions is that users of your site or service are sharing your content without much thought or even action.

All marketers want stakeholders to share their stuff with the masses. But typically sharing requires an active thought and a click, at a minimum. This is not always as easy as we would like.

With open graph actions, users set it up once, and their activity is pushed out to both their friends and to their Timeline. They can even feature your actions in their Timeline if they choose. The value of this access is a big deal.

Wine community and review site, Snooth, is one of the approved sites. The action “Taste” has been approved by Facebook as applied to the wine site’s review.  Below is an example in the Timeline of both Snooth’s “Taste” action and another approved Open Graph Actions partner Foodily’s “Crave” action.

Action on Snooth’s website generates a thumbnail, actions, and object for the action. The object for Snooth’s actions are obviously Wines. For Foodily it is types of food, from broad like Italian food to more specific dishes.

When you add a review of a wine on Snooth, either via the web or their mobile app, and your Facebook account is connected, the action is added to the Ticket and to your Facebook timeline. Here is an example of the activity on their site that generates the action.

“We’re excited to launch this new Facebook integration as it makes it really easy for our users to share their favorite wines with their friends and also archive those same wines using Timeline,” says Rich Tomko, CEO, Snooth Media.

Snooth users can also display aggregations of wines tasted in the Timeline, including top picks or most recent wine reviews over time.

Have you seen any other new actions in your Timeline?

← What Is Gamification and How Does It Support Marketing? Facebook Users Spend 27% Of Their Time In The Newsfeed →