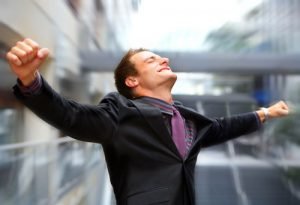 What’s the purpose of the reward?

What will be different after you issue the reward?

A good reward scheme identifies a desired outcome and creates a reward, based upon human motivation, which changes an individual’s behavior over the long-term.

There are three questions with rewards schemes.

1) Who do you reward? You have to segment your community members by activity, contributions, status, duration in the community and identify those whose behavior you would most like to change.

2) Why do you reward them? Your most active members are often those you don’t need to reward. They’re already doing exactly what you want them to do. By offering a reward you can create expectations of rewards and upset others. You have to answer why you would reward this group. What would be different in the community if their behavior changes?

3) How do you reward them? What are their motivations? Efficacy? Fame? Money? Power? Achievement? How do you translate these motivations into a reward you can offer?

4) How do you measure the effectiveness of that reward? When you issue the reward, how will you measure what level of influence it has on the individual’s behavior? What are the benchmarks you’re following? You need to benchmark the group you’re rewarding with those outside of the scheme. You also need to track this over a period of time to see if the reward delivers changed behavior or just a temporary change in behavior.

A common mistake is rewarding the top community participants with free gear and opportunities without trying to identify the behavior you wish to change. 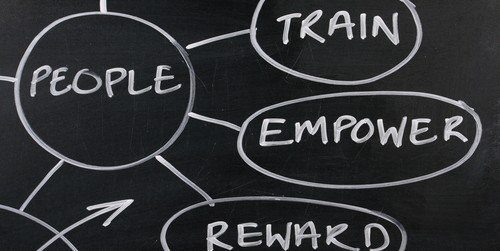 Scenario 1: Reversing A Decline In The Most Active Members

You have a successful online community with a core group of 200 highly active members. These members have, on average, made 200 contributions per month for the past 12-months. Recently, however, your data shows this group is dwindling. Without them, you can expect responsiveness and activity to decline rapidly. You talk to a few members and realize that they’re not as passionate about the organization or topic as they used to be.

You decide to create a reward scheme to reverse this trend. From your discussions you know these members want a stronger sense of efficacy within the organization. You decide to set up a regular conference call for members to talk to people interacting with the products. You also create a special group for these highly active members in which employees participate on a regular basis.

Over the course of several months you notice that this trend has been reversed and this group is highly active. You also begin letting these members invite others to join them on these calls which spurs increased activity and interest from others.

As your community has grown rapidly in the last few months, you notice that the level of activity within the community from your long-time members is significantly below that of average members. Since these members have strong relationships and knowledge you need them you be more active.

From discussions with these members, you get the impression they don’t feel special anymore. The new wave of members has drowned out their previous status as community veterans.

You create a special profile badge which appears next to their profile image highlighting their veteran status. You also get the company CEO to sign letters thanking them for their support over the years and sharing a couple of thoughts about how the community has impacted the company over the last few years (appreciation & efficacy motivations).

You also split-test this scenario. Some members receive the letters, some receive the badges, some receive both. It’s clear that the letters have no impact, but those with badges and those who received both have increased their activity in approximately the same ratio. So you stop the letters and focus on developing ever-better badges for long-serving members.

Your conversion tracking showing that few members are still active after five-months. This leads to a high amount of churn and means that no sense of community is developing amongst members.

Specifically, you notice that an initial surge of activity tapers off after three months and ends after five months. You talk to a few members and see a common trend, they simply don’t feel they have many connections within the community.

You introduce a reward scheme. Once members have been active for three months, they can apply for special privileges, such as writing content for the community, moderating discussions, helping to organize events and otherwise supporting the community (note, you give these to other members).

Following this tracking process, you realize that this reward scheme has made a small, but limited, impact member participation. You try staggering the rewards over a period of several months, which boosts participation higher. You keep tweaking this scheme and monitoring the results.

Rewards schemes are a precision tool designed to change behavior from a specific segment of users. Don’t use rewards as a blunt-instrument and don’t assume that members just want free stuff. Identify the segment you need to reach, understand their behaviour and motivations, then create a scheme tailored to changing their behavior.

Also notice that the best rewards are usually things that have no monetary value, but appeal to a member’s individual motivations.