Data and some editorial content provided by Janet Aronica of Shareaholic

Pinterest is the pretty new girl in school, getting all the attention, but it turns out this new face means business as well. According to Shareaholic’s findings (based on aggregated data from more than 200,000 publishers that reach more than 260 million unique monthly visitors each month) they have discovered that Pinterest drives more referral traffic than Google Plus, LinkedIn and YouTube combined. That is pretty significant for a social network that most marketers still do not even know exists. And yes, they are still an invite only community.

This data does not include EVERY referral source out there on the web. But it does put Pinterest into context compared to other major social sites. And it can give anyone doing business online a good sense of where strong referral opportunities might exist for their business. The Highlights of the DataHere are a few key takeaways from the Sahreaholic findings:

Your Turn: Discover Your Own Referral Traffic 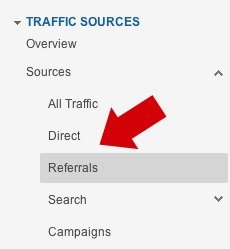 So how do you find out your own best referral sources? Turn to your analytics. It is a great time to look at your traffic from the first month of 2012. You may notice new keywords or traffic sources that are performing well for you. Or, you may get validation that your current efforts are working. If you have Google Analytics installed on your site, you can discover your referral traffic under Traffic Sources/Sources/Referrals. Shareaholic users can look at their Shareaholic website profiles to find out where their content was shared the most. Learning what sources perform best for your site is an important step. Pinterest has exceptionally staggering growth and it may be worth it to invest time in using Pinterest for content marketing.

← Are Social Ads A Game Changer? 6 Ways To Get More B2B Leads From Social Media →