Internet TV, Does Louis CK Signal The Next Evolution? 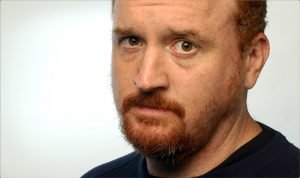 If you hadn’t heard, Louis C.K. (comedian) has done something very unique as an entertainer. He’s taken the game of selling his product (in this case a comedy special) into his own hands.

He’s personally my favorite comedian, though I have to warn you he’s fairly dirty. If I had to guess only about 25% of my friends would probably like him, so this is not an endorsement for all of you to go out and buy his special.

Here’s a snippet of what he does:

So recently Louis decided rather than go the typical route of having a comedy special produced and then working with a network to air it and then using distribution services like iTunes and Amazon to sell it, he would produce it himself and sell it directly on his website for $5.

This would allow him to skip all the fees associated with the typical distribution format, allowing him to make more profit and allowing his fans to get the special at a much cheaper price.

He’s been widely successful so far, selling over 200,000 copies and netting over $1 million. Admirably, he’s given a good chunk of it to charity and given his staff big bonuses. Here is Louis talking about how and why he did it:

Where Will Internet TV Go Next?

I can’t wait for this to become more wide spread. We’ve seen musicians do this, selling their albums directly on their websites, though it never really gained much traction. Obviously one has to be pretty well known, as Louis C.K. is, otherwise it would take a massive advertising budget to get enough people to find it.

I was able to hear Mark Cuban talk about the idea of “internet TV” taking over our current cable-based structure at SxSW two years ago. It was a great debate between him and the founder of Boxee and one of Cuban’s main points was that it would be extremely expensive to fund your own content and then market your own content in order to gain people’s attention.

What the current system provides is both the funding to produce (the networks) and the eyeballs (via cable subscribers). Louis was able to buck this because he’s fairly well off and fairly famous, and there aren’t a ton of other people doing the same thing so he stands out.

The day will come when “Internet TV” is the norm and the cable companies fall, or at least the current structure of them will be disrupted, but it will be a long time from now. Hopefully more artists like Louis go this route so the process of disruption will continue.