How To Recover From a Social Media Blunder 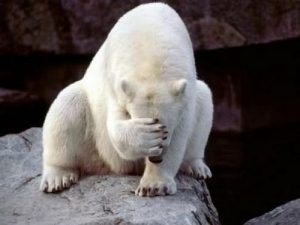 You don’t have to go far to find some bad decisions companies have made on social media. (Just look here. Or here.Or even here.)

You also don’t have to let a slip-up avalanche to a mudslide on the reputation you’ve worked so hard to build.

Everyone knows that on the very granular level, every tweet, Facebook status and blog post was written by a person. And people make mistakes: There’s no getting around that.

But people can also learn how to adapt, pick themselves up and recover from said blunder. The only question is how exactly to do that in a medium that’s as viral as the mistakes happening on it.

1. Don’t hide from your mistakes

Google may have a panic button to recall sent emails, but Twitter and Facebook don’t offer such a luxury. Once you update, it’s public domain, no matter how fast you turned around and hit delete, so the worst thing you can do is delete it and pretend like it never happened.

Making a mistake — and we’re not just talking about typos — isn’t the end-all, be-all of a brand; it’s the attempt at hiding these mistakes that really sets the social-sphere in motion. (Here’s looking at you, Anthony Weiner.) If you messed up, fess up. You take ownership of the good things that you do, so there’s no reason you shouldn’t do it for your mistakes.

2. Laugh it off — within reason

If you must delete a rogue update due to company guidelines or pressure from your higher-ups, you still need to own up to your mistake, no matter how embarrassing it may be. This damage control should be more than “We’ve deleted the offensive remark and are looking into the situation.” It lacks sincerity, and your consumers are less likely to trust something that looks like a canned quote.

Remember: Social media isn’t public relations. You can be more candid with your fans.

The Red Cross took this approach when one of its employees sent this personal tweet on the official @RedCross account: “Ryan found two more 4 bottle packs of Dogfish Head’s Midas Touch beer… when we drink we do it right #gettngslizzerd.” Instead of the standard, they decided to have some fun with it with the following response:

The result: The #gettngslizzerd hashtag soared, and their evangelists used it to drive blood donations.

If you really dug yourself into a hole, it’s going to take more than an out-of-the-box statement and a few days out of the limelight to make it right.

Apologize, but not to the masses. If you offended some specific people, make the effort to apologize to those people. One. By. One.

Maybe it’s not feasible to respond to all 100,000 people who angrily tweeted to you or posted on your Facebook wall, but for those that made a legitimate effort in saying why they were offend, the least you can do is address them personally.

People are more forgiving than you may initially think, especially if you’ve been good to them in the past. If you had a solid on and offline reputation before your blunder and took the appropriate steps to mediate the situation after your blunder, then you won’t fall too hard.

But wise up and learn from your mistakes: Friends and followers can forgive you once, but don’t think they’ll be that tolerant the second time around.

What are some of the tactics you would use to get out of a social media snafu?