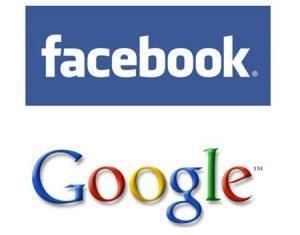 Facebook has long been the social network of choice for the vast majority of brands operating within social media, but Google+ is continuing to grow and brands are starting to take note.

Google+ looks to have around 60 million users so far, a far cry from Facebook’s 800 million+. So clearly Facebook wins when it comes to the size of the network and will for some time.

But what about the feature set? Who wins when we look at what marketers have access to on each network?

I’ve outlined below the most relevant elements of Facebook and Google+ at present, along with a few conclusions as to which social network comes out on top.

Facebook is currently the only social network of the two that offers advertising, although Google+ is not far away. Official comment from Google is that adverts will be coming to Google+ soon, so although this is a clear win for Facebook at present, the power of Google’s existing advertising platform may tip the balance a little further down the line.

Since Google+ is relatively new to the social network scene, Facebook has had much longer to hone its posting elements. Having raised the character limit for posts and added the questions functionality, Facebook is winning this battle at present, but Google+ may have some tricks up its sleeve, particularly when it comes to its hangout functionality.

At present, the only applications and tools that exist on Google+ are games and other browser plug-ins that serve to enhance users’ experience on the network, all of which are developed by third parties. Facebook has established its own developer community and Facebook applications are a common characteristic of the majority of major brand pages, but the developer community is likely to be eager to be given license to create apps for Google+ too.

The real battle here will be one of innovation, so although Facebook wins at present, Google+ may have the scope to provide more innovative application functionality for brands since it is starting from scratch.

One of the most established communities on Google+ is the photography community – millions of images are shared on Google+ each day as a result. Although the use of imagery within posts on Facebook does work well, the Google+ environment is much more focused on video and image content than Facebook’s and this is only expected to grow further in the future.

In addition, the Google+ hangout functionality has been a big hit with brands and celebrities so far and there is lots of scope for brand innovation with this in future.

Events on Facebook can be a great way of helping an important brand announcement or event gain heightened visibility throught the fan base and Facebook itself. Event responses are one of the engagement elements that create more brand visibility in users’ news feeds, making it an effective mechanic for promotion; Google+ currently has no such functionality, nor has it mentioned any future plans for events, so Facebook wins hands down.

Google+’s circles functionality allows brands to place their followers into specific circles and target specific content to those circles. This user-specific targeting is a massive benefit to brands that only want their audience to see the brand content they are interested in.

Facebook allows geo-targeted posts to specific locales and countries, but nothing anywhere near as customisable as Google+ and, as such, Google+ is likely much more effective once its user base has grown a little more.

Facebook pages are not terribly flexible when it comes to customisation, although this could change if Facebook opts to implement its timeline functionality for brands. It’s almost impossible to alter the name of a brand page once it is created and the image strip at the top of Facebook pages is always generated in a random order, making branding exercises in this area limited at best.

In contrast, brand pages on Google+ are almost completely customisable – the name can be changed following the page’s creation, the image strip (or in the case of Google+, the ‘scrapbook’) order can be defined, and all of the links in the “about” section are SEO friendly, again enhancing brand benefit in search. Once brands begin to accumulate more followers in Google+, they may find that the customisation possibilities in Google+ are a huge benefit.

All in all, both networks clearly have benefits when it comes to brand marketing activity, and most brands and their respective digital PR and social media agencies will opt for the network which fits the brief in terms of what they wish to achieve in social media.

The key will be in what happens in the future – both networks will need to innovate greatly if they are to capture the attention of brands and ensure that they continue to market on their network. Facebook has a huge benefit since it already has an established user base, but the growth of Google+ has been astronomical since its launch.

Either way, this will make a very interesting contest and who knows, maybe they will find a way to co-exist simultaneously. Only time will tell.

← Start Integrating Your SEO and Social, A Blueprint Location Based Marketing: 2011 Retrospective →