Trend to watch: the marriage of fandom and entertainment marketing

Aaron Reese with Stan Lee in 2016
When researching the top trends brands need to be on the lookout for in 2017, one of the more interesting ones (to me, at least) was the marriage of fandom and entertainment marketing.
I spoke to my Firebrand Group colleague Aaron Reese about the topic, given was perfect, given that he’s a freelance comics writer and an expert on geek culture.

Fandom has made a major impact on entertainment. If you look at the stats, it’s hard to argue that the clear monolith of the cinematic world is the superhero movie.
Once considered a risk by film studios, the public is consuming superhero films at a voracious pace unseen by studios before. Not only that, but consumers are also influencing these films.
Studios like Fox have heeded fan suggestions and input, resulting in the global blockbusters such as Deadpool. And now more than ever, studios are vying for repeat customer business.
Entire franchises are being built to retain viewer loyalty. Sites like Tumblr and Reddit are fertile grounds for various fandoms; viewers are expressing their desires through memes, gifs and shareable content.
Brands like My Little Pony are reblogging these pieces of content, honing in on what consumers are saying and implementing that feedback into shows, movies and product lines.

What Can You Learn From This Fandom?

Now, you might say, what do Deadpool and My Little Pony have to do with your brand?
Well, there are lessons there that just about any brand can benefit from. Expectations have changed; today’s brands will be forced to do more than pay lip service to fans.
In an age where micro-influencers are being brought more into the fold of various digital campaigns, it’s clear that their voice matters.
“Fans are no different from regular consumers,” says Reese. “But fans are also the biggest advocates for brands, evangelizing them across the web. They share more, buy more and and engage more. When brands pay attention to their fandom, they reap the rewards.”

Best in Class in Fandom

It’s important to note which entertainment brands are doing the best job harnessing the power of fandom. Marvel, as one of the biggest inspirations for cosplay, developed a product line of cosplay pieces for their fans. They also created various covers for their comics that showed famous cosplayers as noteworthy Marvel comics characters.
If nothing else, this showed their support to a community oftentimes unacknowledged by mass-marketing efforts.

Additionally, clothing brands such as Welovefine, TeeFury and HerUniverse were built out of fandom. All three brands take niche creator designs, usually based on some aspect of comics, sci-fi, or fantasy, and sell them in mass quantities.
These lines have appealed to fans due to their products’ obscure fan references and occasional crossing-over of multiple fandoms. 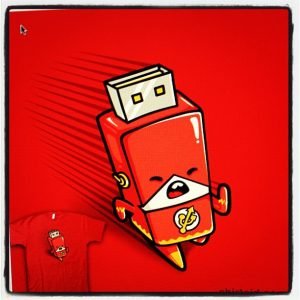 One of many TeeFury designs appealing to fandom

Remember: if you’re working on a brand outside of entertainment, you can still learn plenty from entertainment’s cultivation of fan communities.
Some brands already have high levels of engagement, particularly in the fashion and beauty space. One thing that retailers such as H&M have been really good at doing is generating brand awareness and engagement through their collaborations with luxury brands. Luxury brands have their own fans, fans who can be just as enthusiastic about new collections as Marvel fans are about new movie releases.
By pairing up with these companies, H&M is attracting those enthusiastic fans and generating brand awareness, thus cultivating a community that is fashion-forward, label-conscious, and likely to shop H&M’s next collaboration.

Access the entire 2017 Trends Ebook here. And here’s wishing you lots of success with truly owning your owned media in the year ahead.

← Brands Could Be The Next Target of Fake News in 2017 Business has 2 functions: Marketing and Innovation →