Why You Should Care About Facebook’s New App Permissions 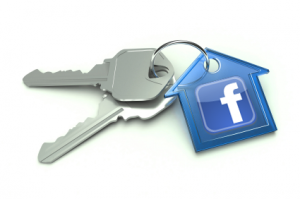 This is related to the pop-up you get from an app (i.e. Spotify or Groupon or Fab) that asks for your permission for an app to access your information and post on your behalf.

Previously, this was a one-click process – you would select “okay” and the social reader or whatever app it is that you’re using would have permission to post and access your data.

The process was confusing and users often would say “I don’t want to connect Facebook because I don’t want stuff posting everywhere”.

It would lead to users unknowingly authorizing apps to post on their wall and a general overall resentment towards any future opportunities they encountered to “connect your Facebook account” to websites or  applications they interacted with on a daily basis.

Now this process has an extra step prompting users to first approve the app accessing their friend list and profile info, and then another asking if it can post to their wall on the user’s behalf.

Open graph apps generate tons of stories (Chris read X, Paul listened to Y) and then aggregate this data on your profile into something useful (i.e. “The most popular runs you’ve done via Runkeeper” or “Last 3 articles you read on a WordPress blog”).

Basically, the easier it is for an app to create stories on your behalf, the more stories the app creates and, in turn, the more opportunities for engagement created by the brand behind the app. This is the lifeblood of Facebook’s lightweight content model of engagement.

Not just a brand saying X to a potential customer, but an overall experience in relationship building. Think of this as the “Hey how was your weekend?” type interactions that people have as opposed to the friend of yours who only says something to you on your birthday or to invite you to their band gig.

On the surface, this would seem like a bad thing for brands with any sort of Facebook application as we’ve all been taught as marketers and advertisers that the more clicks a potential customer has to make, the less likely they are to make a purchase/sign up/etc.

That may not be the case here.

Facebook WANTS these types of apps to succeed and is banking on a more transparent and clear connection process (even if it means 3 clicks instead of 1) will result in more favorable sentiment towards open graph apps as a whole.

If people are more trusting of the process for connecting their Facebook account to websites and apps, they will leverage this option more, the Facebook ecosystem can grow, consumers are happy, brands are happy, and Facebook is happy.

Though the process for a user approving app integration is longer now, the experience is cleaner. There will now be a pop-up dialog (screenshots below) that clearly tell a mobile user “Facebook will access X” in a small clear way. This is less likely to turn off users as it is less evasive. Additionally, whereas previously some apps would have confusing prompts about posting on behalf of the user, the prompt now will be clear and simply say “X would like to post to your friends on your behalf.”

This is important because Facebook clearly puts a huge emphasis on how easily brands can build apps or integrate with open graph through existing Facebook plugins such as Like and Want buttons, the app center, and the Facebook comments platform.

This is a major development in how these actions convert users into content producers and story creators on Facebook. They’ve been rolling out more and more upgrades to those who build apps. In October, they rolled out improvements to open graph applications to make them more user friendly and raise engagement rates. Remember, there are no algorithm tweaks on content delivered via an app. That all shows up on the newsfeed (AND the ticker) without delivery problems. Heck, you can even buy adds promoting stories generated by the apps.

The takeaway here is that Facebook wouldn’t be putting the effort into making app interaction (especially via mobile) a more pleasant user experience if it wasn’t a priority to how they’re setting up the whole site down the line.

Useful related reading:  What Can Facebook’s Open Graph Do? (from AllFacebook.com)