Does Your Content Play By Facebook’s New 20 Percent Rule? 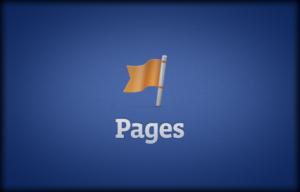 In late December, Facebook clarified an existing policy on how much text was permitted on cover images and promoted images.

Most marketers were quick to say Facebook would have no way to enforce such a policy and continued going about their business.

Since January 15th (the date the new policy took effect), there have been numerous reports of cover images being taken down and promoted posts being rejected based on violation of this “20 percent” rule. The issue was that while Facebook was enforcing this policy, there were no real guidelines to know whether or not your content violated the rule.

Thankfully, the team at Ron Sachs has developed a grid-based template to help content developers determine what percentage of an image contains text. The tool is a 5 x 5 grid with a total of 25 boxes. An image meets the 20% test if text appears in no more than five boxes. The grid tool they’ve developed appears to be inline with internal Facebook tools that have been referenced when pieces of content have been rejected over the past few weeks. Check out the screenshots below:

The image below from Coca-Cola is within the 20% guidelines:

Again, this example would work:

This image would not:

Here are several templates to use as you are developing content for your brands: