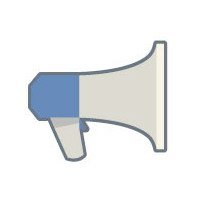 Social media has been a low-budget marketing practice for over a decade.

This is because the practice has been largely based on publishing. Blog posts, tweets, wall posts, and more only cost the salary of the staff creating them.

It’s not a surprise that brands continue to view social media marketing as a publishing activity, but it is time to acknowledge that it’s not the best way to approach marketing in Facebook.

Our VP of Social at Webtrends, Peter Yared, just wrote a piece for Venture Beat detailing the challenge of creating a social media budget. We’re at a point where the question is: Does social really work?

More specifically, the early studies on performance are not as good as email or search. Is that because social doesn’t work as well or is it because most people are doing it wrong? I think it’s the latter and here’s why.

No one sees your updates

Facebook’s EdgeRank hides 95% of all posts

A recent analysis of fan pages revealed that wall posts receive an average engagement of .1%. If you have millions of fans and you’re only getting triple digits worth of engagement, the reality is that sucks. The fact is that the news feed has become cluttered.

Billions of updates pour through the news feed and Facebook’s EdgeRank suppresses an average of 95% of news feed posts. News Feed Optimizers (NFOs) have all kinds of tips on how to optimize your posts to increase their reach, but it’s still a paltry amount of your total fan base.

One of the reasons engagement rates are so low is because of the desperate measures brands go to build up fan numbers. Giving away iPads is a sure fire way to load up a lot of fans who will never engage with your brand. Email marketers have known about the importance of quality over quantity for years now, but Facebook fan page owners have yet to focus on quality. That brings me to my next point.

Brands will not pay for fans

Fans say ads are the top reason they fan

DDB and OpinionWay surveyed thousands of fans across six different countries to find out why people fan and what they’re looking for from doing it. They found that the top reason people become a fan is because they saw an ad.

Yet, many brands are still not willing to spend money to acquire fans. We did an analysis at Webtrends of over 11,000 Facebook ad campaigns, and we found that the average media cost to acquire a fan was $1.07. That means many ads were able to acquire fans for far less than $1. That is cheap.

These viral campaigns generally involve a sweepstakes approach or some mass appeal funny video, which as I pointed out earlier generates garbage fans. Brands who advertise to acquire fans can be more targeted in their approach to ensure they build quality fan bases.

Discounts and special offers are a great way to drive fans because you know you’re getting people who actually want to use your product or service. Look how many brands sign up for Groupon or the other massive discounting services out there.

Why not use an offer like that and then spend the money you would have given to Groupon on a targeted ad spend to end up with a higher quality fan base? But, don’t stop there. Once you have fans, you need to continue campaigning to them. And, that seems to be the biggest break down in Facebook marketing today.

This is where tabs on a fan page come in. Many brands spend tens of thousands to hundreds of thousands of dollars on campaign tabs for their fan pages. And, it never fails to surprise me how many are reluctant to spend money promoting the campaign apps to their fans–choosing to rely on fans organically discovering them instead.

Field of Dreams, anyone?

What search marketer would spend $50K on a landing page and then not spend money on Google AdWords? Yet, social marketers do it all the time. Some even think that’s what social is all about. While that was true in 2006, it’s a joke today. 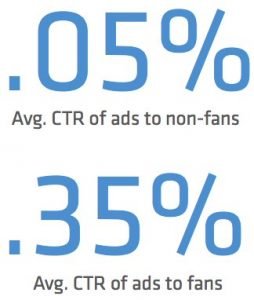 Not all brands are averse to spending money acquiring fans, but those who do generally stop their ad spending there. I recently spoke with one of the top 3 largest technology companies in the world in terms of market cap about their fan program.

I spoke about this trend with a few of the major ad management vendors on Facebook’s approved ad API list.

One is a leader in search marketing as well and they said their entire sales strategy is focused on convincing customers they can acquire fans for cheaper. I asked them how do they advise their customers who have large fan bases to monetize them. Their response was they didn’t. They asked me if I knew about any resources that could help them explain how much a fan is worth.

Oh! So THAT is why there are so many worthless studies on how much is a fan worth!

Many Facebook marketers only know how to acquire fans so they want to tie a value to it. The problem is, they are quoting numbers based on someone else’s success in monetizing their fan base. As any quality email marketer will tell you, the value of YOUR list is based on how successful YOU are at monetizing it; not some industry benchmark.

Another leading ad management vendor validated that their customers who were seeing the best ROI had allocated more than half of their ad budget to target existing fans with nurture campaigns. They confirmed that they were seeing 7 to 10 times higher click-through and conversion rates on ads to fans as they were ads to strangers, which is consistent with what I’m seeing with Webtrends’ customers.

This is the email marketing approach. Step 1, acquire fans. Step 2, send them offers and updates. The problem is, most Facebook advertisers are not doing Step 2, which is why I say the poor performance numbers that are so prevalent around social are because most social marketers doing it wrong.