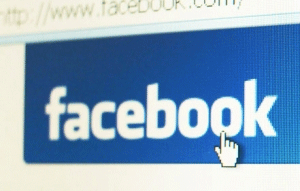 Last summer, I had the pleasure of working on a social media campaign for Shasta Soda with a sister agency, MIO, that used Facebook Ads to help grow brand fans by 20,000 in just three months.

While this was far from easy, a major part of our success involved following these five tips for Facebook Ad Campaigns.

If you’re just starting out, Facebook ads are great for building a following, but you’ll need to give people something in order to get their “like”.

For example, Shasta ran a sweepstakes last summer where you could win prizes to make your backyard into the ultimate party destination, which included a backyard theatre system, Xbox game console, and a year’s supply of Shasta.

Base your ads on your demographics. Maybe there is a local personality or landmark that can be used, or language that would appeal more to a specific age group or gender.

For example, if you lived in St. Louis, Missouri, an ad for a barbecue restaurant that uses and image of the St. Louis Arch would catch your eye, especially if you had indicated in your profile that you love barbecue.

Start of with the recommended budget that Facebook suggests, but it will take you at least 30 days to find out what your real budget should be. My experience has been that Facebook often over suggests budget when it comes to geo-targeted campaigns, but national campaign are usually pretty close.

Worried about running out of budget? Keep your Facebook ads live during the entire time of your promo by using an excel spreadsheet to divide your budget up by week over the entire period of your ad buy. Check how your ads are spending each week to revise your bid prices or budget.

If you’re running campaigns in several areas at once, move budget from underperforming locations to areas where it will spend!

In order to A/B test, you’ll want to have similar ads created and test them against each other.  If you use the “select existing creative” feature in Facebook’s ad wizard, you can quickly duplicate your ad in order to test small changes to it.

Comparing apples to apples is critical when testing. Facebook automatically puts more of your daily budget towards your better performing ads. This can quickly create a situation where your ads being tested are not displayed an equal number of times, which is useless data if you are trying to A/B test. Creating a separate campaign for each variation of your ad will solve this problem.

After several weeks, see which of your ads performed the best. Keep this ad in the rotation and pause the others. You can either write two completely new ads to test against your winner, or write variations of your ad to try and find your ad’s “sweet spot”.

After A/B testing, you’ll have found the ad that seems to work best. This success doesn’t last long though. People seeing the same ad over and over again until they stop noticing it altogether causes Ad Fatigue. Essentially, your successful ad will stop working because people have seen it way too much.

The only way to get back to winning the game is to start all over again at square one with new ads and new rounds of A/B testing.

The five simple tips sound like a lot in the end, but once you get into the swing of things running a successful Facebook Ad campaign becomes second nature.

← Wow, I had no clue SOPA was such a bad idea... Internet TV, Does Louis CK Signal The Next Evolution? →