A Blueprint For Building Your Campaign Case Study

Tracking the success of your campaign is essential for demonstrating the ROI of your marketing efforts. It will also be key when you’re pitching new business down the road, and a potential client wants to see your successful campaign history.

Whether you’re showing your client their money is well spent or you’re looking for approval from your boss to move forward with a new communications effort, you’ll need to be able to show what you’ve done.

While PR professionals are trained to track stats, capture progress and collect press clips, not every marketing professional naturally thinks this way. By adopting a bit of the mindset of your public relations colleagues, you’ll have what you need when it’s time to build your campaign case study.

Before the campaign starts, make sure you’ve gathered what you may need later:

1. Timeline for final production of creative and launch dates of each portion of the campaign

4. Agreement about who is responsible for tracking which of the elements laid out below and where they will be stored so the right team has access to the information

Before the campaign starts

Be sure you’ve captured any benchmarks you’ll want to measure against later before the campaign begins. Depending on your campaign, this information will vary. Some common things you’ll likely need to capture:

Decide which time periods or milestones you want to measure at the beginning of the campaign, and gather the relevant information at that point. You may want to know how much press coverage you received in the first week or how long it took to reach a certain number of downloads. Track early changes, since this time is likely to show the biggest jump.

Throughout the life of the campaign

As your effort moves along, capture “evidence” along the way of its progress. You may not end up using all these components, but it’s better to capture the content and push it aside than to need it later and not have access to it. Things you should do:

1. Keep a record of any press coverage you receive. Be sure to copy the full text of the story into a separate document, since sometimes content is taken down or put behind a subscription or pay wall after a certain amount of time.

2. Take screenshots of tweets mentioning your effort. A simple search on search.twitter.com for your key terms or company name should help you find these discussions, but know that you can only search for existing tweets for up to two weeks before they’re gone. Don’t risk losing out on capturing this conversation by waiting too long to capture it.

3. Take screenshots of Facebook posts since the number of likes and comments are shown below the post. This is particularly important if one of your campaign goals is to drive engagement on a fan page.

4. Gather links to blog posts mentioning your effort. One of the easiest ways to find all these posts is to set up a simple Google Alert for your brand name and campaign keywords, that way you’ll be alerted when something new is posted. Keep links all in one place for reference so you know how much of your coverage came from blogs (as compared to major media outlets).

After the campaign ends

Once things have wrapped, you’ll want to do another benchmarking exercise just like what you did before the campaign began. You’ll have direct comparisons of numbers and will know immediately how effective your efforts were when measured against the initial goals.

Sometimes it will take a little longer to have access to sales data, and that’s okay. Just be sure to be proactively pursuing that information since that will often be one of the best indicators of success.

At the end of the day, your bosses and clients are probably going to want to know that whatever you did drove revenue. 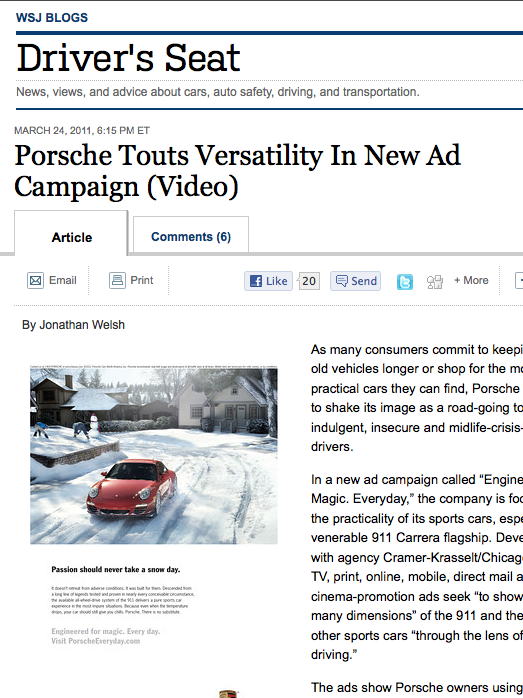 Getting into these habits with any type of campaign should become part of your routine. Particularly if you’re working on social media projects, tracking this is more important than ever.

Sick of hearing the “what’s the ROI of social media” question? Think about how much easier it will be to answer if you’ve got this data handy and organized.

If you work as a consultant or for an agency, you’ll want to have case studies to show to future prospects or clients when pitching ideas.

If you’re doing marketing in-house, these case studies help prove your worth to your bosses and may be essential at some point for securing budget or approval for a new project.

If the campaign is worthy of entering awards competitions, you’ll likely have to write a case study about what you accomplished and having all the right evidence will help you write a stronger entry.

When you’re part of the marketing and communications world, you’ve got to be thinking about the big picture and what information will matter to people involved – at all levels.

Set the standard high, prove you care about the future of the company and show that you understand the business side of a campaign, not just the fun and creative parts.

*For the purpose of example, I’ve shown some elements captured in tracking Porsche’s new “Engineered for Magic. Everyday.” campaign, an integrated campaign with its hub at porscheeveryday.com. Full disclosure, Porsche is a client.