The Buffer App, a social media content scheduler, has released a new feature while allows you to add tweets from any website, retweets, Facebook statuses, photos from Facebook and more straight to the Buffer App for scheduling or posting.

The Buffer extensions for Chrome, Safari and Firefox allow you to share any page you come across so it’s easy to share what you’re reading.

Here’s a breakdown of the new features:

You can buffer photos, statuses and links straight from your Facebook. When you click the Buffer button on photos, Buffer takes the actual photo instead of a link and then you can share it to Twitter or LinkedIn or schedule for later.

When browsing the web, you can click the Buffer button on your browser extension and add new Buffer tweets or status updates.

And with the new feature, you can also Buffer retweets, write new tweets, and share blog posts through the Twitter’s official Tweet button.

The buffer button integrated with Twitter.com

The buffer button after clicking retweet: 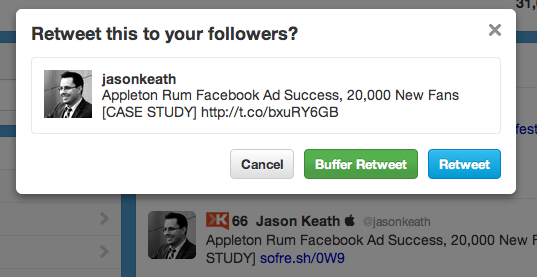 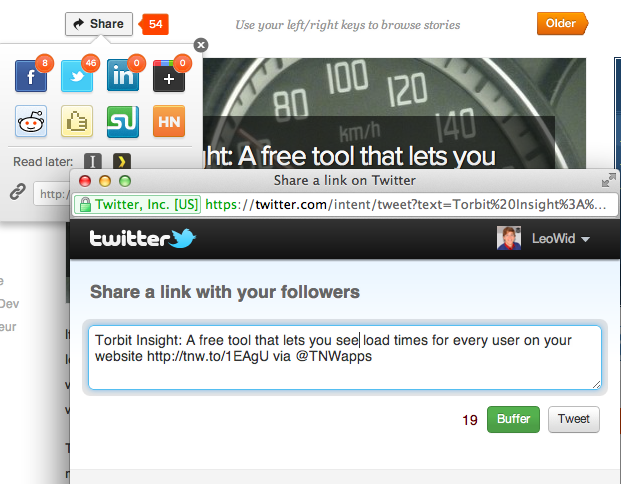 You can also add any article inside Google Reader to Buffer now.  Reddit and HackerNews also have Buffer buttons now too so you can schedule directly from those sites.