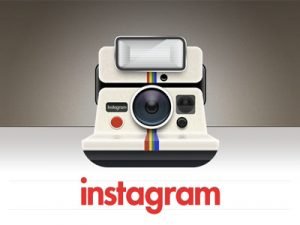 The brilliance behind the Polaroid brand camera was instant gratification. No wonder Instagram has adopted the nostalgic camera tech as it’s logo inspiration.

Instagram has indeed captured the childlike wonder of many iPhone users (yes we know, they NEED an adroid app). How many? Well, even though the 6 person company will be a year old in October 2011, they are on the verge of 10 million total users and have over 200 million photos uploaded so far.

And along the way, more than a few brands have noticed the hottest photo sharing app out there. The number of brands on Instagram is growing each day.

So the question is, can brands get real business value out of a photo sharing app that is not focused on link sharing or buying products or distributing specials to fans? The jury is still out, but there are some big brands testing the platform for spreading awareness and cultivating relationships with their biggest fans.

Of the 23 brands we looked at, the most active was fashion brand Bergdorfs with 652 photos. And the most followed was retailer, and social media early adopter, Starbucks with 92,916 followers.

I researched and followed these 23 brands for about a week, checking in to the app a few times a day for updates. It has not been annoying as I thought. Which is good news. Brands are doing a lot of things right. Also, Instagram does not lend itself to over-promotional content.

Rule #1. Post interesting images: sounds simple, but focus less on your branded images and products and instead post lifestyle photos that are visually appealing. This is what thrives on Instagram. I love the photos from General Electric. They are, at the risk of contradicting myself, a lot of product shots, especially their jet engines. But they treat it more like art. Let’s be honest, most Instagram users are not in the market for jet engines, so it works. They clearly have an eye on the aesthetics of their content.

Rule #2. Post consistently: If I see no images from you and then I am flooded with photos from a brand crowding my stream, I get confused and might unfollow. Brisk is my example here. Although they held an innovative contest before SXSW back in March, more recently they have been inactive for a month on Instagram. And then a couple days ago posted 13 photos in a short time period. This can easily throw off your followers. Good Morning America however post a handful of photos each morning. I expect it. It makes sense for their show’s hours.

Rule #3. Post often: Yes I know I just complained about 13 photos from Brisk in one day. Again, it was not consistent. Bergdorfs, however, posts 5-10 photos a day on average. Throughout the day. And their photos are interesting (see rule #1).

Rule #4. Get the community involved: Nothing new here. Social networks work better when the brand gets conversations going. Specifically on Instagram brands that respond with @replies to their commenters and actively use hashtags generate more activity on their profiles. Instagram is perfect for user generated content competitions. Have followers submit photos to a themed hashtag, judge them, and repost to celebrate the winners. Boom, engagement.

Rule #5. Have a theme: Kate Spade NY uses the #popofcolor hashtag quite often to highlight their photos that have a splash of red in them. NH Hoteles consistently post great sunrises and morning shots tagged with #wakeuppics. Similar to being consistent, a theme throughout your photos helps followers know what to expect and keeps them wanting more.

Ok, enough dilly dallying, let’s jump to the list and give you some examples (in alphabetical order) of what these brands are doing. Follow a few and see for yourself. Instagram handles in parenthesis.

There’s only one Bergdorf Goodman. And this is where you’ll find our Fashion City adventures & New York City Secrets…

Images from the crew at Billboard.com and Billboard Magazine

Photos from behind the scenes at CNN Worldwide captured by the publicists with CNN Public Relations.

iReport invites you to take part in the news with CNN. Send photos via CNN iPhone app or mail to [email protected]. Here on IG, use the #cnnireport tag.

This feed features the groundbreaking research and technology that GE has been developing since the days of Edison.

A better experience through good design.

Wake up to a better world 😉

Threadless is a community-based company that prints awesome designs created and chosen by you!