Augmented Reality – amazing but so what! 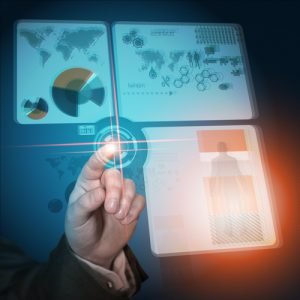 You have read about it before.

Maybe you came across a video demo online or saw a special news report on it.

It is mainly used in advertising and can be quite mind blowing.

It is meant to be used by you – the average consumer – but chances are: you have never used one.

Augmented Reality (AR) – then and now

I’m talking about Augmented Reality. The first time I saw an AR demo, my first thought was: this is the next big thing! I was blown away by the possibilities this new technology offered and I immediately wanted to try it out.

I quickly downloaded the appropriate app to my iPhone and launched it. I was even more impressed when I saw it in action. The animations were rough and clunky but they were happening in real-time and I witnessed a virtual world being fused with my ‘real world’.

I made a bet with myself that a year later this technology would change everything and that everyone would be using it on a daily basis. That was 2 years ago.

Over the past 2 years I have seen countless AR demos online and I have read many promising articles on them. While most of the press keeps praising the technology and its creative use in smart advertising campaigns, I have never actually seen anyone use it. Most of the people I know are very tech savvy and own the latest & hottest mobile devices but none of them has ever used AR.

While more and more brands are launching their own, very cool looking augmented reality campaigns, such as Starbucks, BMW, and Moosejaw did, the question still remains: who is using them and how effective are they?

While the AR features look amazing, my first question is: have you ever seen anyone walking down the street and holding up an iPad to a billboard to experience its AR features? I haven’t, and I live & work in New York City.

In order for me to experience what the video demonstrates, I have to have seen the demo, be the owner of an iPad/iPhone, have downloaded a very specific app, launched it, and be at a very specific location during a limited time period. That doesn’t sound very effective to me. Too many steps. Too much effort. I give up.

Let’s make things simpler and put mobile tech aside. Can I experience an augmented reality campaign from the comfort of my own home? Yes I can. Tesco has just the thing!

After watching the above demo, I followed the instructions and installed the necessary plug-in on my laptop. I also printed out the required image that the AR feature is supposed to recognize through my webcam. Those were two steps I was willing to do in order to be part of Tesco’s unique AR shopping experience.

Now Tesco’s AR page is asking me to launch my webcam. But I can’t. I’m on a MAC and my built-in webcam can only be launched through an application (it can’t just be “turned on”) and once an application is using the webcam, no other application can use it at the same time. Soooo, for Mac users, this “unique shopping experience” is simply not possible.

I’m not sure how well this AR campaign performs on a PC, but if all Mac users are out of the equation because Apple’s Safari plug-in is not supported, then that doesn’t make much sense to me. Millions of MAC users never get a chance and I must say that this turns me off and makes me like Tesco a lot less. Probably not what they had in mind with this.

Why is it so difficult to use augmented reality? Shouldn’t it be easy? It is meant to be used by regular mortals like me – the consumer. It is meant to improve my shopping experience or to add a cool fun factor to a brand. However, it works against me because it is still missing one critical aspect: simplicity.

One solution would be a universal app that is part of every operating system on every mobile device and every computer. I shouldn’t have to download 50 different AR apps for 50 different AR campaigns.

The QR code technology is getting close to solving this issue by me having to download & install only one universal QR code reader. I’m now soooooo happy that I can just scan a QR code that launches a website that links to a coupon that is emailed to my inbox so I can print it out and personally deliver it to the store to receive my 10% discount on a t-shirt. I love technology.