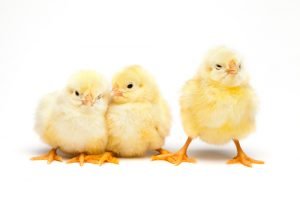 Jason Keath, the fearless overlord here at SocialFresh.com sent me a question today asking “What do you think is the biggest mistake social media service providers are currently making?”.

I didn’t have to hesitate when I responded that their biggest mistake was in:

“Failing to define (or understand) their place in the Social Media ecosystem. Many of them are still at the ‘All things to all people’ stage which is next to impossible to deliver on as the industry has matured beyond that.”

Lately we’ve seen several “Maturity Models” published that try and express the various stages of maturity that companies are in and where their focus is in relation to that. These are actually very useful when done well, and although many of them are currently being pieced together using self-reported data (not my favorite) they will improve over time.

However, what we can’t forget is that the people who service these companies have to respond in kind to the industry as it matures. As is typically the case, the early movers in a nascent industry can have a complete grasp of the sector. They truly are “all things to all people” at that point because the needs of the industry are minimal and they are in the drivers seat as to how to leverage the new technology.

A Fear To Define

As an industry matures the usages, and thus the needs, become far more diverse and complex. There’s obviously a wide gap between knowing how to build a Facebook page and developing an all encompassing social strategy for the future of an enterprise.

Yet it is at this stage of maturity that consultants and agencies fail to delineate exactly what services they provide and to whom.

There is always a fear that if they do so they will lose out on business.

This has been proven an unfounded fear over and over again. In fact, being one of the first to draw your line in the sand typically precipitates an increase in business.

But trying to convince your salespeople of that is like trying to grab onto smoke. A good salesperson is always going to try and sell whatever they can, even if it’s not inline with the companies vision. This is why it should be a leadership decision.

Get Specific With Vision

This is one of the reasons I’m a fan of The Dachis Group. They established early on the vision for the realm they wanted to play in and drew their proverbial line in the sand.

Make no mistake, I have no doubt that they take on work that doesn’t hold strictly to that vision, that’s not the point. The point is that their *customers* know where Dachis is going when they approach them, and as long as that future vision is in alignment with theirs the work makes sense.

Very soon it will no longer be enough to say you are in “social media” because customers will be looking for specific skill-sets as they themselves mature their understanding of the space.

It *will* happen, this is not an ‘if’. Enterprise strategy or SMB? Integrated marketing efforts or PR? FBML or iFrame Development? Contest development or Market Researcher? Software Integration or Analyst? Perhaps it’s a combination of a few specialties?

Look around. Pay attention to how the web industry developed. Think of the people you know that are simply labeled as “web development shops” with no known area of expertise within that genre. Are those the people or companies that you want to be two years from now? Do they get the kind of projects you want? If not I would highly recommend carving out the areas you either are or want to be great in, state it to the world, and *become* that.