A Marketer’s Guide To The Evolving Ecosystem of Social Barcodes 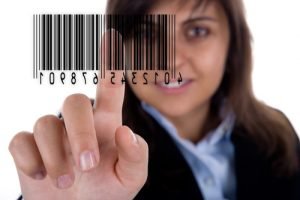 As a kid, I was always envious of the grocery store cashiers getting to scan barcodes all day. Those clerks had a cool toy that I could not have, and I always loved the sound of a successful scan.

North American retail is essentially a sea of barcodes. Barcodes are the reason why retailers are able to track the thousands of products we consume on a daily basis in North America.

Little did retailers know that the one-dimensional barcodes they had effectively utilized for decades would be used against them by smartphone-wielding shoppers for price checking purposes with mobile barcode scanning apps.  Apps like Red Laser and ShopSavvy connect the consumer to the Internet upon scanning a barcode- comparing prices of that particular product with e-commerce giants on the Internet.

Smartphones In The Isles

A Motorola survey found: “Shoppers with smartphones used their device to influence 39% of their walk-out incidents; 12% checked prices at other retailers online; and 8% checked availability at other stores.”

That’s the impact of smartphones on traditional retail- retailers are losing millions of dollars to e-commerce, even when consumers visit the store.

Compete, a leading web analytics provider, reported on January 7, 2010: “Barcode scanning, which not long ago was a niche application, should now be top-of-mind for all retailers… Barcode scanning apps have been used by 28 percent of smartphone owners. The highest rate of adoption is among Android owners — 48 percent have tried a barcode scanning application. Not far behind are iPhone owners (39 percent), followed by BlackBerry owners (14 percent)”

A question then looms: How can retailers turn barcode scanning back to their advantage and still keep the consumer engaged and interested enough to continue visiting retail stores in light of e-commerce’s continued growth?

Is Social Mobile Scanning The Answer?

Seth Goldstein is the co-founder of StickyBits, launched June 7, 2010, which is a barcode scanning application that connects to a social media wall where users can share a status update and upload anything from their mobile phone to the discussion wall.

Consumers can also unlock rewards and gain levels within the application interface, essentially turning mobile barcode scanning into a fun game for consumers that benefit both parties.

Ben and Jerry’s, a Unilever brand, ran a unique promotion, giving away five hundred free t-shirts to the first 500 people who scanned a tub of their ice-cream. Fiji Water also ran a contest to give away free water for a year if you scanned their product.

ShopKick and CheckPoints created barcode scanning applications with hundreds of retail partnerships in the US and UK to award prizes based on a points for scanning different products. ShopKick’s motto is “Rewards For Simply Walking Into Stores”.

What Are QR Codes and the ROI Applications?

QR Codes bridge the gap between the offline and online worlds, allowing consumers to be linked straight to a mobile-optimized webpage. The landing page could be a mobile discussion wall, a mobile coupon, a mobile group deal, a form to enter a contest, a video, information, or anything that brand marketers can creatively think of to help understand their customers better and drive sales.

There is a whole swath of emerging technologies to follow that allow for the seamless integration of products and smartphones that will not require stumbling around your smartphone trying to find the appropriate mobile app to scan the barcode like near-field communication.

NFC, for short, is similar to Bluetooth technology in the sense that it has limited range. In the future, marketers could embed NFC chips into products which will intercept smartphones when consumers are near, implementing a real-time element into loyalty programs that would be updated on the spot, and only notifying the consumer when reward time comes.

After all, Seth Goldstein, one of the co-founders of StickyBits did make sense of it all in his New York speech that announced the launch of the multi-functional barcode scanning application:

Just as social media is fueled by the explosion of connected laptops and computers over the Internet, object/product media will be driven by the widespread adoption of smartphones.
—-